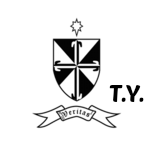 Gaisce - The President's Award is the most prestigious Award in Ireland for young people aged 15 to 25.  We are delighted to have the President of Ireland, Michael D Higgins as patron of the Award programme.

The Award is a self-directed personal development programme in which participants are supported and mentored by a more experienced person, a volunteer, a President's Award Leader (PAL), to set and achieve a personal challenge over a period of time.

Gaisce is an old Irish word which means ‘a great achievement’ and it is in the spirit of this meaning that the programme challenges  young people to set and pursue personal goals in four different areas of activity:

There are 3 levels to the Award programme, starting with Bronze and progressing to Silver or Gold with the time and maturity required, increasing as the participant moves from Bronze towards the Gold Award. The minimum period to complete the Bronze Award is 26 weeks and for Gold this increases to 78 weeks.

Participation in the Award provides an opportunity to grow and develop with the assistance and support of a President’s Award Leader (PAL) during that vital transition period from young person to young adult. In embarking on the Award, the PAL works with the participant to select their activities and their goals for each. As the participant progresses with the activities, the PAL supports and mentors the participants and helps them overcove any obstacles.

Upon completion of the Award Programme, each participant receives a certificate signed by the President of Ireland and a commemorative medal.  Gold Awards are presented annually by the President of Ireland, three regional Award ceremonies are held each year to present the Silver Awards and Bronze Awards are presented at local level through the organisation providing the programme.

The programme operates successfully in both the formal and non-formal education sector in many youth and education organisations across Ireland, prospering in the school sector where it operates in both the Transition Year and Leaving Certificate Applied Programmes. The Award is increasingly available in youth organisations such as groups with disabilities or special needs groups, prisons, youth justice projects, young travellers, uniformed organisations and third level colleges. In industry the programme is operated by a number of organisations in support attaining enhanced job skills and improve employability.

Our goal is to make the Gaisce programme accessible to as many young people as possible throughout Ireland. Our experience shows us that the Award programme is flexible and can be adopted by many different types of organisations and youth bodies in a variety of contexts. The programme can provide an external validation that can help youth organisations in achieving their own strategic goals.

The Award programme was established in 1985, International Youth Year, and  launched in Áras an Uachtaráin by the President, Dr. Patrick J. Hillery who was the Award’s founding patron.

In 2005 under an agreement, initiated by the Award patron in Ireland and the UK, and brokered by the Duke of Edinburgh’s Award International Award Association, Gaisce became available to young people in Northern Ireland under the Joint Award Initiative (JAI). This allows participants on the Duke of Edinburgh programme in Northern Ireland to choose to receive a Gaisce Award Certificate on completion of their programme and to have their Gold Awards presented to them by the President of Ireland.

Gaisce- The President's Award is administered by a small team comprising of development officers, training personnel and administration who work to promote the Award in all youth organisations in Ireland.

In the past 27 years over 300,000 young people have benefitted from the Award.

Gaisce - Gradam an Uachtaráin is a registered Charity with the Revenue Commissioners (Charity Number CHY 8482) and operates as a Private Company registered with the Companies Registration Office (Company Registration Number 251020).

The Award is operated under the terms of a Memorandum and Articles of Association which provides for a governing Council appointed by the Government Minister, currently the Minister for Children and Youth Affairs, Frances Fitzgerald T. D. to manage and develop the Award Programme.

The Council is appointed for a three year term and comprises of President’s Award Leaders, Gaisce alumni, business supporters and those with relevant experience. The nomination of Council includes the appointment of a Chairman.

Gaisce is fully tax compliant and has an up to date Tax Clearance Certificate from Revenue (Reference 04723849-28167F - copy available on request). Gaisce’s financial year is 31 December and its accounts are audited annually by Gerad McCarthy and Co.  Accountants.  Gaisce’s legal advisors are A&L Goodbody, solicitors.

The company delivers the Award and discharges the full range of corporate governance responsibilities as required by company law.  Gaisce is currently adopting Governance Code applicable for a Not for Profit organisation.

A child protection policy is in place which involves screening and vetting of all new PAL volunteers.

Gaisce is primarily funded by the Department of Children & Youth Affairs which provides the bulk of our funding through a grant application process.  This is supplemented with participant’s fees and corporate donations.   Like many other funded organisations, Gaisce received cuts in grant funding over the past number of years and sponsorship income has also been negatively impacted.

Our income comes from 3 sources, grant, participant fees, and sponsorship.

This graph highlights how we generated our income in 2013

In 2013, we spent roughly €1.1m on providing the Award Programme across Ireland. Two thirds of our expenditure was spent on staff costs. As a national award programme, Gaisce’s main cost is employing the people who recruit, train, and support our volunteers and participants, (and their parents!) in around 700 schools and youth organisations across Ireland.   Last year almost 900 volunteers supported the participation of 22,000 young people primarily between the age of 15-17 to undertake personal challenges to dream big and fulfil their potential!

Administration costs are often dismissed as being valid in the context of running a charity, but the truth is that without our people we would not be able to offer this service in the way that we do today.

This graph highlights how we spent our income in 2013.

A similar Award programme exists in over 140 countries worldwide. The first of these Award programmes was the Duke of Edinburgh’s Award which was established by Prince Philip in the UK in 1956.  We are members of the Duke of Edinburgh’s International Award Association (IAA) in London which is the co-ordinating body for the Award programme internationally.The IAA has a triennial conference known as a World Forum which governs the Award worldwide and is administered between forums on an annual basis by the International Council.

The Award is operated by almost 1,200 volunteer adult President’s Award Leaders (PALs), who are recruited, trained and supported by Gaisce. The PAL acts as mentor, advisor, and supporter to help young people to achieve their award.

Please Do Not organise Work Experience outside of these dates